I got a chance the past week to get out and enjoy some fall picture taking. The little one is Cooper, the toddler my daughter babysits. He is the cutest little scarecrow. His mom made the costume....she is also a very talented lady.

The next, is my niece, Laura.
She wanted some fall pics....here are a few.

I hope everyone has a wonderful Halloween!
We are hoping the rain holds off for a bit....our toes are beginning to web.

Do You Have One of These?

If you don't, you NEED one!
They are wonderful for using when you brown your ground beef.
No more big chunks to break up...no more splattering yourself or your stove top
because your spatula slides!
I am hosting a Pampered Chef party and you can order online.
IF you spend at least $30 before taxes, you will be entered into
a drawing for this wonderful, made by ME apron!!!
Just click the ABOVE PICTURE to be taken to my site.

What is YOUR favorite Pampered Chef product??? 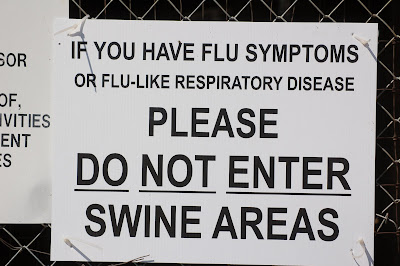 We don't want to get the piggies sick!!!
This was a sign at the state fair....have you seen them at your fair?

A Great Way to Spend a Lazy Sunday Afternoon...

Here in Oklahoma we've been experiencing great amounts of RAIN.
Then, once the rain stopped, the cold weather hit....
Sydni wanted to take Senior pictures all year long instead of doing one
photo shoot.
Soooooo, we jumped on it as soon as it dried up enough.
I am NOT a photographer and should never be confused for one...
So, if you are a professional....just mosey on by and don't look too close!! 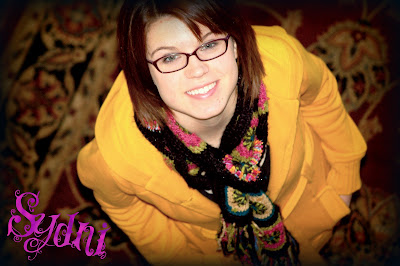 We stopped by a friend's house to see if we could use her porch...then I remembered she had an awesome loft...so, I quickly ran up the stairs...yah, I know....I took at least 10 minutes to make my way to the top.

I leaned over the banister and SNAP....that is how I got this really neat shot.

If you have a large group, I would suggest doing a shot like this...they turn out so neat because everyone is looking UP and their 3 chins aren't showing! 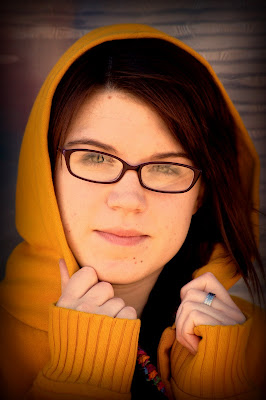 I took this one downtown in front of some weird window..... 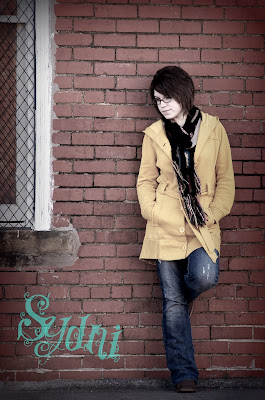 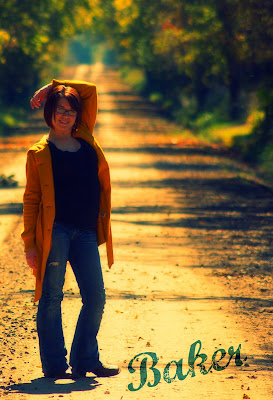 I've always wanted to ride a horse and buggy down this road....I love how the trees overlap the road..... 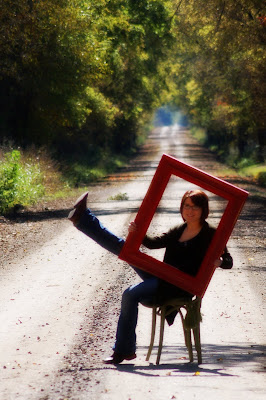 Yep, that is the large frame I have in my Halloween display....I've been waiting to use it in some pictures....yeehaw!!
I can't believe my 2nd child is on the verge of flying the coop....wow...how come I never believed those old folks when they said to enjoy it while they are young because it goes by sooooooo fast?

What Creature is THIS?

I think I've discovered how movie writers come up with some of the weird creatures in the sci-fi movies..... 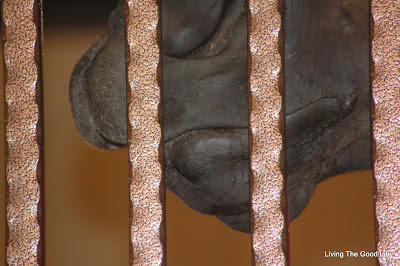 They take pictures of ordinary things and then focus on just ONE area....take a look and see if you can see the MONSTER.... 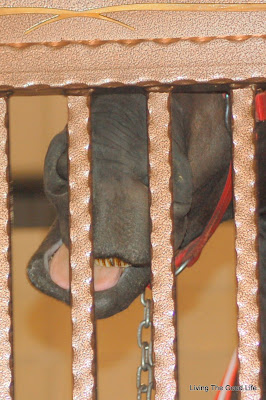 Don't tell me you can't see a resemblance to the the Loch Ness Monster..... 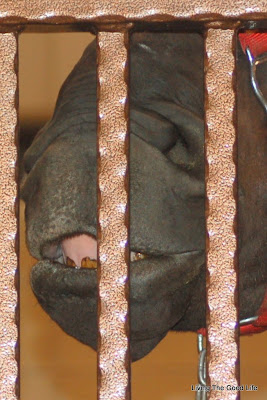 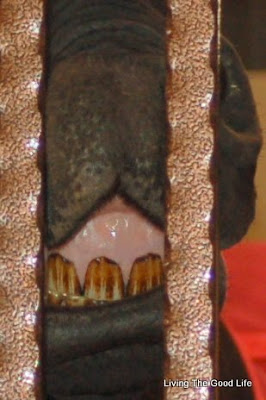 Seriously, should a creature really have CLEAN teeth.....
I am thinking that I could count the ridges like rings on a tree to find this creature's age.... 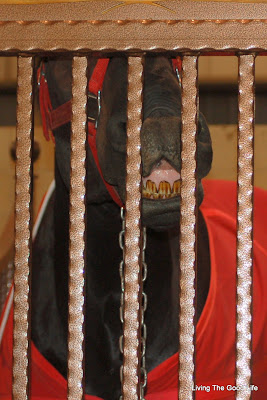 Yep, this is a Priefert Percherons at the State Fair....he just kept begging me to take his picture even when I couldn't see his eyes because he was tethered at the top.....but he knew...he knew how to get my attention.... 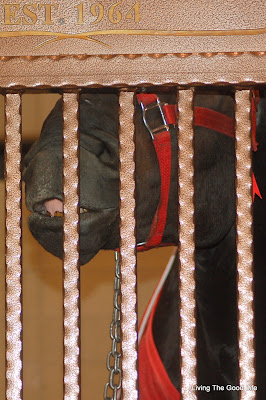 If you want to know more about these beauties...then check out their website: BIG SCARY HORSES
Just know that they won't look near as scary as what you see on this blog! 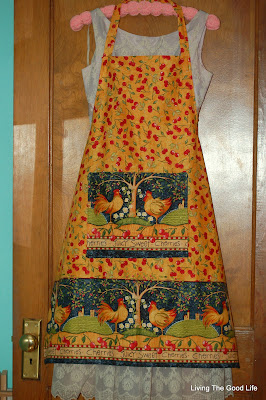 It was actually quite easy...now you must also know that I've never taken sewing lessons. Anything I sew is self taught...so, there are no rules for me.
True seamstresses will probably gag if they look closely at my VERY FIRST APRON!!!
It took me about 2 hours to make....I have no idea if that is good or bad timing...lol. 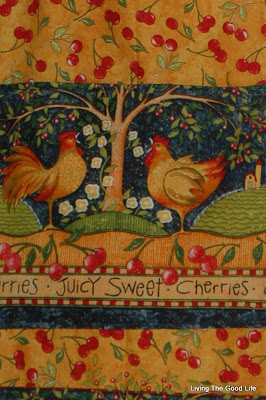 I will be giving this apron away at my Pampered Chef party next week.
Each person that spends at least $30.00 (before taxes) will get their name into the drawing.

Labels: about me, cooking, craft, life

The Post that will bring the MOST Traffic this blog Has EVER seen....

Like I've told you many may times...the life of showing livestock tends to get a little boring in between checking in, showing the animals and then waiting for the evening feed time.
So, what is a person to do with SOOOO much time on their hands?
You buy LARVAE and see who has the nerve to EAT THEM! 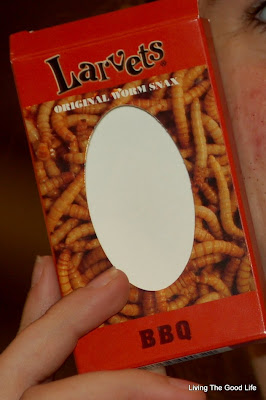 Of course I KNEW they wouldn't eat just PLAIN Larvae...had to get BBQ...EVERYTHING is better with BBQ right?
This is Kyle.
Kyle is NOT like Mikey(from the LIFE cereal)...he does NOT eat anything.
I would have probably bet that Kyle would have been the last person I would have expected to eat larvae. 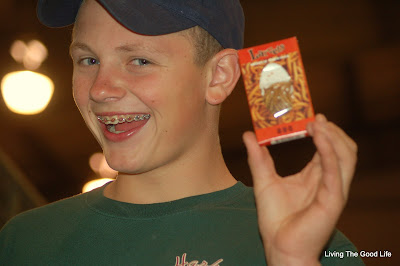 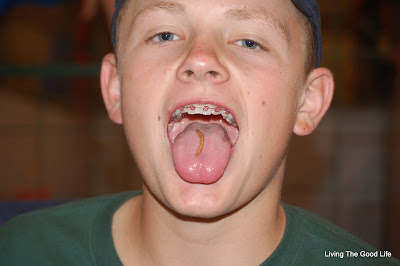 Here....let's get a close-up....it REALLY is a WORM!!!
Not to mention that his orthodontist will probably use this picture for what NOT to eat while wearing braces! 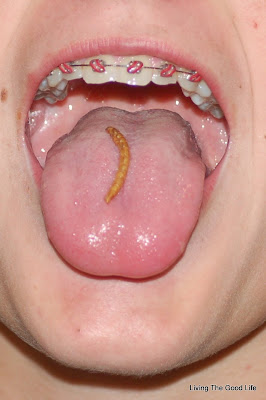 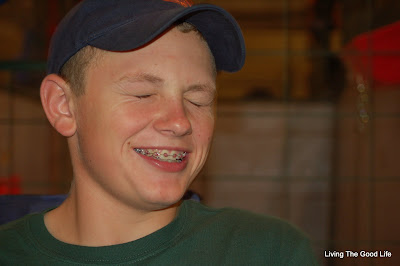 Now, my friends comes the really great stuff....so sorry for the poor picture quality...have you tried to take pics of something moving at lightning speed while you are laughing so hard you just might need to get "DEPENDS"? 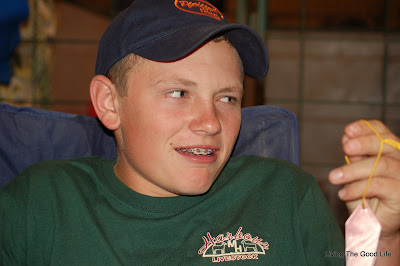 You can see it in his eyes and pursing of his lips..... 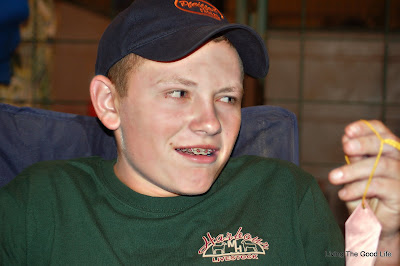 Do you see a change in his complexion? 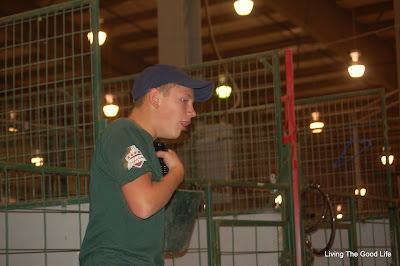 He jumps up...quickly does the universal sign for
"Oh no, I can't believe I just did that". 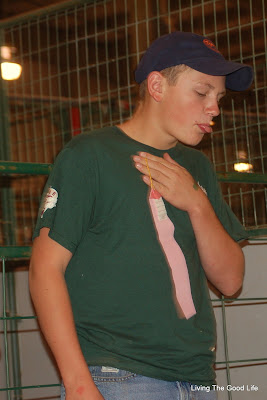 While trying to spit out the worm...he accidentally almost but not quite...spits out his TONGUE!!! 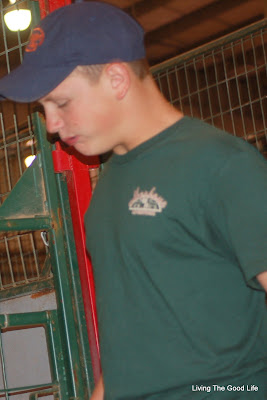 Then comes the retching sound....
avert your eyes..... 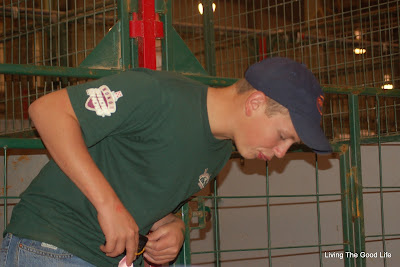 You still had to look didn't you?
Thank goodness I was too busy retching that I didn't snap a picture...
No, seriously, he spent the next 30 minutes trying to spit out the individual body segments of the worm.....and not once did he let go of that state fair RIBBON!!!
FOOTNOTE: This is where I would like to tell you that no Larvae were harmed in the making of this blog post.....but I can't.
ANOTHER FOOTNOTE: Kyle gave me permission to do this blog because he is hoping that some cute girls might recognize him and want his autograph since this is such a famous blog and all!
ANOTHER FOOTNOTE FOOTNOTE: I have been banned from putting his father's picture on this famous blog because he is afraid the cops might recognize him on this famous blog!

I love scaring the bejeebies out of my children...so, of course I would love
decorating for Halloween, right? 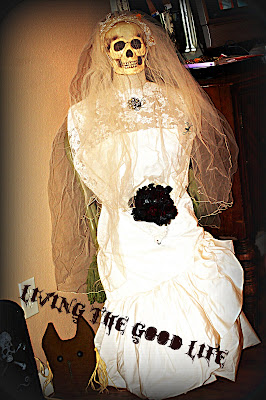 This is Coralee. Coralee was a bride who married a man on whim.
She thought she knew him and loved him.
Coralee's family didn't trust the groom Walter.
After the very elaborate wedding, Coralee and Walter went to Eureka Springs, Arkansas to celebrate their honeymoon.
The stayed in a fairly new hotel called The Crescent.
One day after they should have returned from their honeymoon, Coralee's body
was found in the honeymoon suite. She was still in her wedding dress and hanging from the ornate chandelier.
The groom, Walter, was nowhere to be found...just his tux from the wedding.
To this day, they've never found Walter.
The family continued to look for Walter for years because they knew he was guilty of murder. Patrons of the now famous Crescent hotel, swear they've seen a bride ghost carrying a black bouquet roaming the halls in search of her groom.
Have you seen Walter? 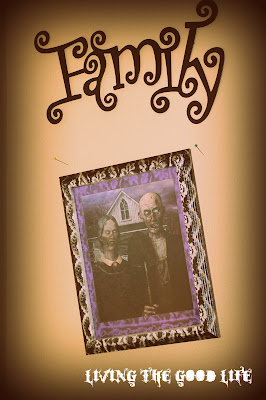 Here is an heirloom portrait of Emmel and Jenny Goodfarm.
This was supposed to be a beautiful portrait; full of color and happiness.
Emmel and Jenny came to Oklahoma when it was still Indian Territory.
They weren't afraid of the local hostile Indians. They quickly became friends with the Native Americans and often entertained them at their small humble prairie home.
After the great Land Run, things changed. More and more people moved into the area. Emmel and Jenny sort of enjoyed the new friends from the eastern states. They began to associate with the Indians less and less. Emmel began to look at their little shack and desired to build Jenny a bigger and more beautiful home. He thought that they would look more "polished" and less "country". The new neighbors were building grand two-story homes, why shouldn't he. The problem was, that the only suitable place was in an Indian cemetery. Since Emmel and Jenny hadn't been talking to the natives anymore, he figured they would never know if they did anything to the cemetery.
Emmel and Jenny worked hard at night dismantling the grave markers hoping that no Indians or neighbors would see. They plowed the ground and buried the bodies deeper. Work on the house began. To the casual by-stander, one wouldn't know that the house was being built on a cemetery. Emmel and Jenny went on with the house building acting as if there wasn't a dark secret lurking just under the home. The two-story home was finally finished in the fall. It had the looks and glamour of the homes on the east coast. They wanted to have an elaborate house warming party to show off the new home to the neighbors. They invited the best photographer to come take a picture which would be revealed at the house warming. Emmel and Jenny dressed in their best attire. At the last minute, Emmel decided to grab the shovel that did the ground breaking for the new home. It was a beautiful day, the sun was shining, the breeze was blowing and the leaves were turning a beautiful orange color. The photographer sat up his camera, Emmel and Jenny took their place in front of their adored home and just as the camera flashed.....something happened.
They sky turned a terrible black, the breeze turned into a ferocious wind blowing around dirt and debris, the trees lost all their leaves. Emmel and Jenny ran quickly into the house to escape the wrath that was brewing outside. They photographer quickly got his stuff and drove off to town.
That day turned out to be one of the strangest days in the town's history. It seemed that there was only one place that had any damage from that storm; Emmel and Jenny's beloved home. It was completely demolished in the storm. It seems the storm was so devastating that it was as if someone or something picked up the house and carried it off with Emmel and Jenny inside! When the townspeople rushed the rescue, all they found were remains of dead Indians and torn up gravestones. Emmel and Jenny Goodfarm were never found.
Weeks later, the photographer was developing the picture when he made a very gruesome discovery. The picture was not at all what he photographed that beautiful day. 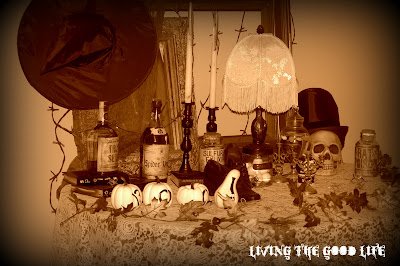